Stay at one of our cabins

William McHenry Distillery rests on the side of Mount Arthur and is located on the Tasman Peninsula.

Mount Arthur stands sentinel over Port Arthur and this great southern port, with its deep harbour, opens southward into the Great Southern Ocean. Port Arthur is a welcome sight to weary mariners and having entered, they can look back and imagine the South Pole due now south of them but separated by 5,000km of mountainous salty brine.

The purest air can be found in this part of the world. The cold air wraps around the globe on the latitude 43°, leaving South America without crossing another land mass, until it eventually finds its way to the southern tip of Tasmania some 17,000km later. In that time the cold air and wave whipped ocean have stripped out all but the distant memory of man’s influence. 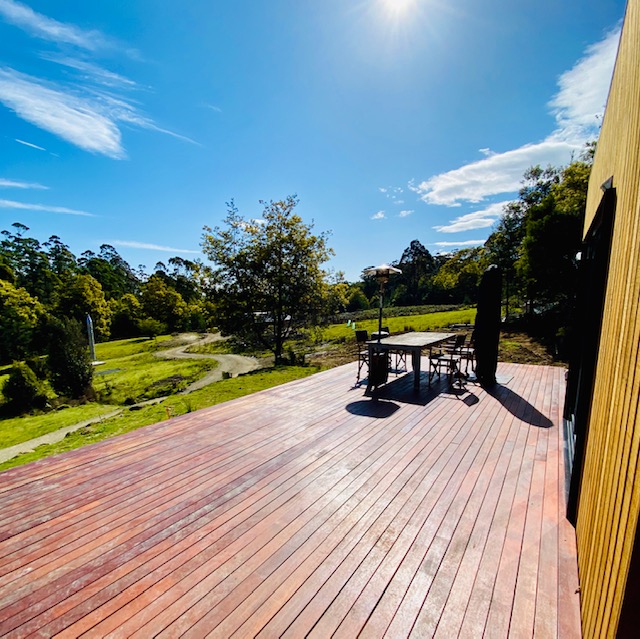 Guest access
You have the run of a modern cabin. We also offer a tour and tasting run by our Master Distiller for guests.

Other things to note
The accommodation is situated near a fully functional distillery. We offer tours free of charge to guests (by appointment) and our tasting room is open every day.

Unfortunately the accomodation is not suitable for young children.