McHenry Distillery rests on the side of Mount Arthur on the Tasman Peninsula.

Mount Arthur stands sentinel over Port Arthur and this great southern port, with its deep harbour, opens southward onto the Great Southern Ocean. Port Arthur is a welcome sight to weary mariners, who having entered, can look back and imagine the South Pole due south of them, separated by 5,000km of mountainous salty brine.

There’s nothing quite like the cool purity of air found in this part of the world. It wraps around the globe on the latitude 43°, leaving South America without crossing another land mass, until it eventually finds its way to the southern tip of Tasmania some 17,000km later. In that time the wave whipped ocean has stripped out all but the distant memory of man’s influence.

Here, where the air is clear and clean.
Here where the first sunlight touches.
As it leaves the snowy tips of The Andes half way around the globe.
Nothing between but the bracing Southern Ocean.
And 10,000 kilometres of pure fresh air.
Here, on the side of Mount Arthur, looking out over, so the surfers say, the most punishing waves in the world.
Here, where pure winter rains fall long and hard.
Perfectly placed between crystal-clear mineral springs.
Our secret ingredient is collected.
Here, beside Cape Raoul, with its dolerite fingers raking the sky.
Here we pour a few fingers of our own; a dram, a splash, a toast.
To the wilderness. To the spirit on the hill. To the ghosts in the Port.
To family. To a fresh start. To a new heritage begun.
To here.
Where we built our distillery.
The most southern of its kind in the world, creating the most sought-after spirit in the land.
Slåinte. (health)
To here. 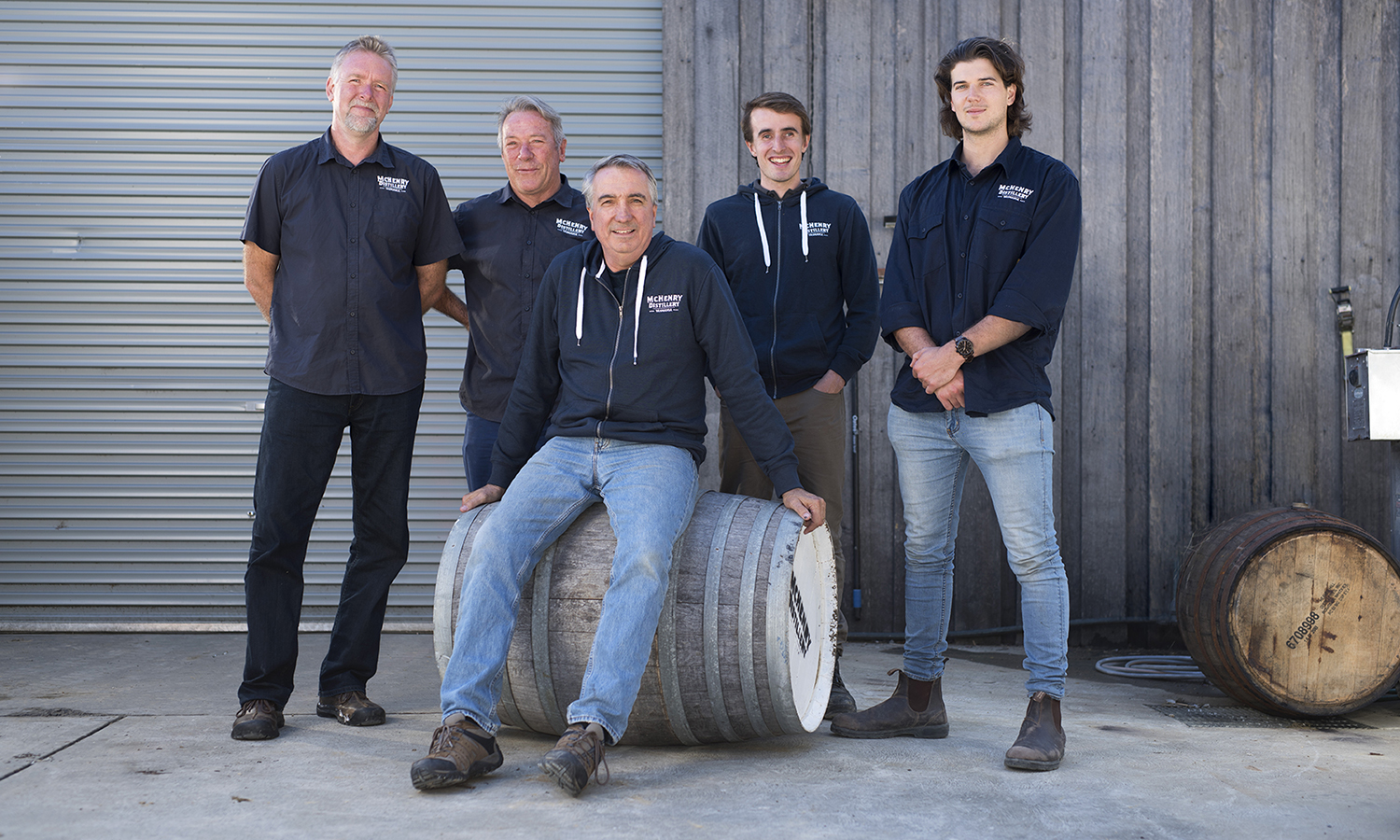 McHenry Distillery is Australia’s southern-most whisky distillery and with its family heritage makes it the southernmost family run distillery in the world.  Its location takes advantage of the cool-moist-maritime environment, giving the maturing spirit the right conditions to make the most of its time in the wooden barrels. The property also has its own abundant pure spring water which becomes the heart of the developing spirit.

If you go no further in this website please leave with this traditional Gaelic blessing:

“May the road rise up to meet you.

May the wind be always on your back.

May the sun shine warm upon your face;

And the rains fall soft upon your fields.” 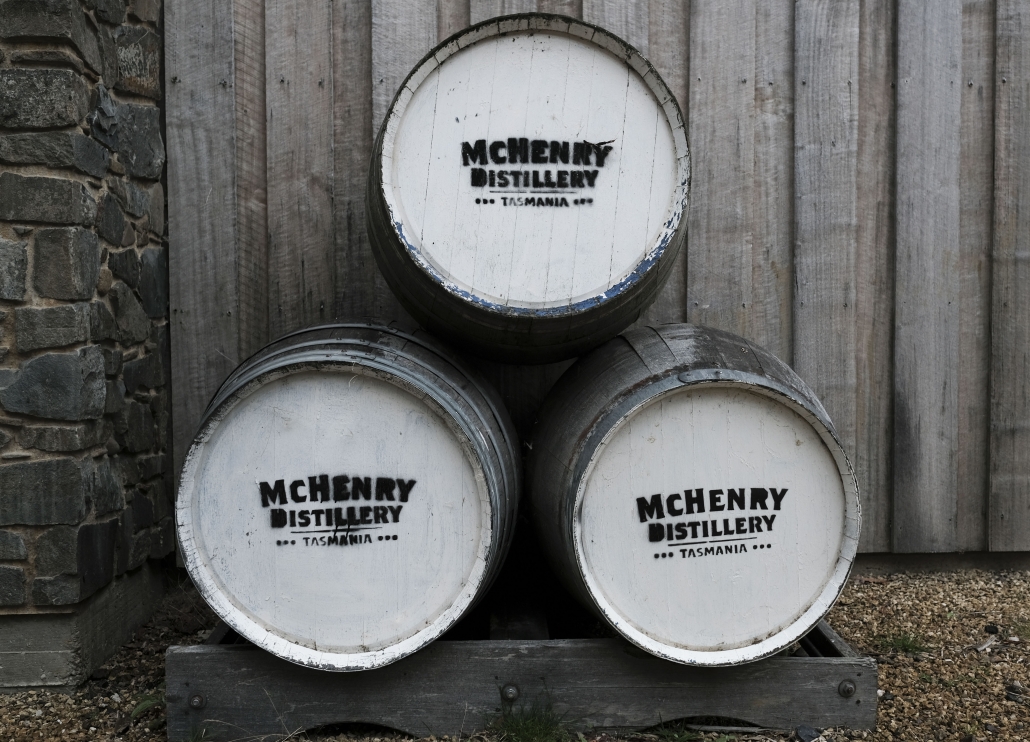 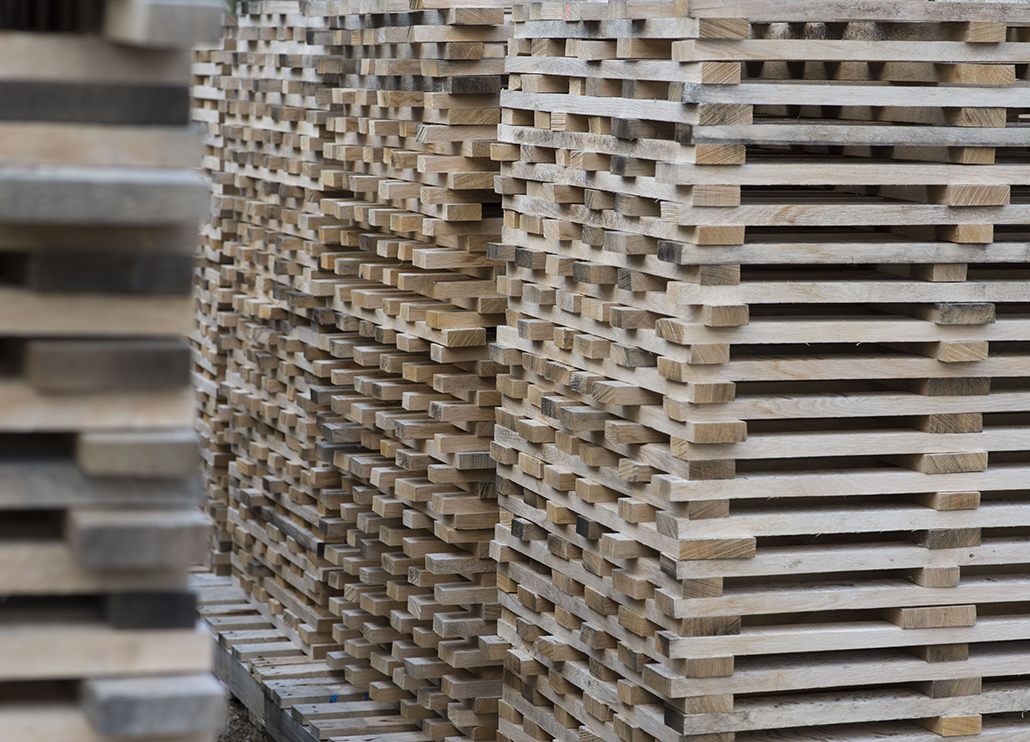